While many readers will habitually gravitate toward novels with happy endings, the darker and more morose among us(myself included) harbor an uncanny, compelling attraction to venture into the most tragic of stories. Here are the top ten novels that may require copious amounts of your favorite adult beverage to recover from.

1.)Tess of the d’Urbervilles-Thomas Hardy

Thomas Hardy, without dispute, wrote some of the most depressing stories in all literature. The heroine of this particular story is a young, beautiful and incredibly unfortunate girl named Tess Durbeyfield, who, through the course of the novel, is the victim of so many emotional disasters that it almost beggars belief that any human being could suffer such an accursed fate.

2.) The House of Mirth-Edith Wharton 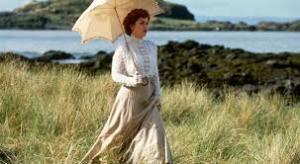 The House of Mirth, by Edith Wharton, chronicles the life of Lily Bart, a Manhattan socialite who was truly born before her time and suffers the consequent fate that usually befalls such women in literature. Lily is born into New York high society and, like most women of her class is expected to marry a rich man to support her. Lily fails to do so, and the novel depicts her subsequent plunge through the various social strata of polite society. Perhaps the most heartbreaking aspect of the novel is the “what could have been?” nature of her relationship with Lawrence Seldon, which culminates in the heartwrenching last scene of the novel.

Ahhh….Ethan Frome and the pain of unrequited love. This is the only book where death would have resulted in a happier ending. Read it and you’ll understand exactly what I mean. Poor Ethan Frome is an isolated farmer residing in the one of the bleakest of settings-a cold, desolate New England winter. Life isn’t much warmer on the inside of Ethan’s home as he finds himself trapped with his frigid, shrewish wife Zeena. On the positive side, Ethan does get to experience an ephemeral glimmer of true love, but that’s all that Wharton plans to allow him in her apparent quest to unseat Thomas Hardy as literature’s great purveyor of doom. 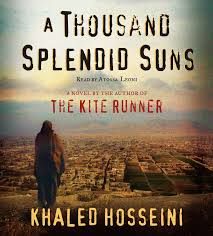 A Thousand Splendid Suns was a book that haunted me for days after I read it. It’s one thing to know and understand the desperate plight of many women in the Middle East through statistics and media depictions; it’s quite another to feel that plight through the characters of Mariam and Laila, two very different women who come from disparate backgrounds, but whose lives are entwined in their mutual struggles in a repressive society. The ending is devasting and poignant in equal measure.

“Big Brother is watching you!” “Newspeak.” “Thought police.” Et cetera. Et cetera. George Orwell’s nightmare vision of the totalitarian state has provided some of the most iconic catchphrases in the modern political vocabulary, but its most depressing life lesson is that one man cannot overcome the power of the state.

6.) The Wings of the Dove-Henry James

The Wings of the Dove was written by Henry James in the beginning half of the 20th century, and it depicts the tragically brief life of young American heiress Milly Theale and the effect her life has on a young couple who seek to use her for money before she succumbs to her illness. There is something so very touching about the character of Milly, but by the end of the novel, you’ll not only feel sorry for her but for the two other main characters whom James portrays in all their raw vulnerability and moral weakness. 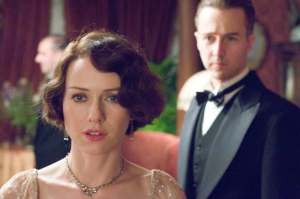 Set in England and Hong Kong in the 1920s, The Painted Veil tells the story of idealistic, yet selfish and spoiled Kitty Fane, who finds herself trapped in a marriage with a socially awkward, but brilliant scientist who is completely her opposite. Unsurprisingly, Kitty ultimately embarks on an adulterous affair. Out of hurt and revenge, her husband, Walter Fane, drags her along with him into the middle of a cholera epidemic that he has been assigned to research and treat in colonial China. At the heart of the story is a failure to communicate, as Kitty is unable to see and appreciate the extraordinary character of her husband, and Walter is unable what motivates his wife and her decisions. The 2004 movie adaptation starring Edward Norton and Naomi Watts provides a mutual catharsis and redemptive quality to the ultimately heartbreaking ending, but Maugham’s novel is nothing but brutal, unmitigated suffering for the characters until the very last chapter.

8.) Where the Red Fern Grows-Wilson Rawls 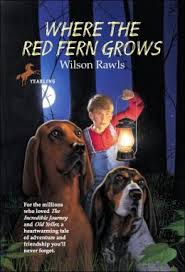 Where the Red Fern Grows is the story of Billy and his coonhounds who are on a quest to capture the coveted and elusive raccoon. The ending is quite bittersweet—but,wait, who am I kidding? Reading it was one of the most traumatic experiences of my sixth-grade year :(. I don’t think I’ve ever fully recovered…

Published in 1895, Jude the Obscure was the last book written by Thomas Hardy, as it proved so scandalous among the Victorian reading public that Hardy finally threw down his pen in frustration and retired from the writing life. The plot follows the life of bright, ambitious Jude Fawley and his attempt to succeed against the forces of society and fate in his ambition to learn and love. I was actually a little afraid to read this book due its daunting reputation as the most depressing book in English literature, and although I came out of the experience relatively unscathed, I have to say that there is one scene in the book that is so devastating that it actually made me feel physically ill.

Night by Elie Wiesel is truly in a class by itself. In contrast to the other books on this list, it’s steeped in the reality and horror of the Holocaust. Wiesel is unabashedly candid about life in the Nazi death camps as he seeks to ensure that the world never forgets the inherent horror and tragedy that arises from man’s inhumanity to man. If you can only find time to read one book on this list, this is the one to read, because you won’t walk away the same person you were before you read it.

...integrating Christian faith and knowledge in the public square

Thoughts and Some happenings

"If you are resolutely determined to make a lawyer of yourself, the thing is more than half done already" - Abraham Lincoln.

Random Musings of a Janeite